The Australian Horticultural Exporters’ and Importers’ Association (AHEIA) has defended the arrival of dragon fruit from Vietnam, in the face of concern from local growers.

Around three tonnes of the Vietnamese fruit arrived in Melbourne in September for the first time, following a review of the biosecurity import requirements.

The opening of the market to overseas produce has drawn the ire of farmers, including in the Northern Territory where food safety, pest and disease issues have all been raised.

Described as a niche market, local growers also believe the increased competition could decrease their profitability, particularly as the harvest begins in the Top End.

However AHEIA chief executive Dominic Jenkin said the decision to accept the foreign produce could assist in building the local market.

“The problem you have with a fledgling industry is often the offering of the dragon fruit in front of consumers is irregular and intermittent,” he said.

“It’s hard to be able to influence regular purchasing behaviours in the market and sustain that throughout the year.

“We see imports have a place in being able to do that, and this has been successfully done for years with counter-seasonal products that are imported out of northern hemisphere countries.”

While it was unclear how much dragon fruit Australian farmers currently produced, a 2012 report from the Rural Industries Research and Development Corporation had the annual figure at 751 tonnes.

The country’s largest farm in Darwin’s rural area produces around 16,000 trays each season.

ABC Rural understands the Vietnamese dragon fruit in southern markets has sold for up to $30 per kilogram.

Mr Jenkin, who undertook a verification study for the Vietnamese dragon fruit before it arrived, said there was a rigorous import process that must be met.

“The majority of the fruit coming in will undergo a vapour heat treatment, which is where the product is heated in a high-humidity room to kill any potential pests on the product,” he said.

“It is all prepared in a high-care type environment, in four specialised factories that are registered treatment providers for Australia.” 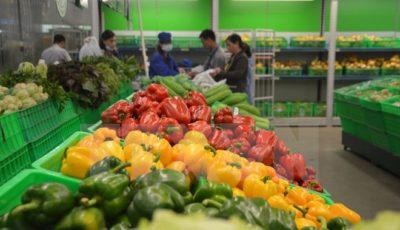